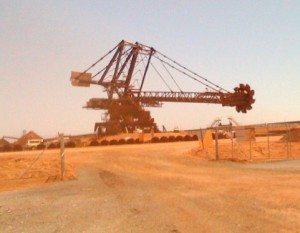 No matter what industry you operate in, running your own business and working on your own as a solo operator can be extremely rewarding, both personally and financially, but presents many challenges especially in achieving optimum time efficiency when you are covering many roles and tasks.

Richard Stevens, founder of his business, WA Resources and Equipment, previously Dirtworks, knows that better than most having worked as a solo-operator in the WA mining industry for the past 6 years.

He is estimator, manager and coordinator of civil works with the role of checking the real costs of tenders to ensure his clients are not paying too much for work from contractors.

“I made the change from pen and paper to software estimating about 6 years ago and chose Benchmark Estimating Software on a referral from my cousin, other industry colleagues and after a promotion through the Civil Contractors Federation,” Richard said.

“I did a basic training course and have a broad understanding of the software and use routines for certain tasks and statistical information as many routines are repeated on different jobs.”

Richard customised his Benchmark Estimating Software to suit his own requirements, inputting additional information to make it easier to check prices that are submitted by contractors.

He produces on average, 10-15 estimates per year, including different tenders and finds the simplicity and time- saving factors of Benchmark Estimating Software, invaluable to his work.

“It’s easy to update resources with the use of the software and in the case of CPI increase or contractors changing their costs, rather than estimating the job all the time, it’s easy to take the resources from a previous job,” he explained.

Richard finds the software saves him sometimes 50-60% of the time it would otherwise take to complete these tasks and is a very easy to use professional tool. Once he has the price from the estimate, he can break it down for the client, give a full report and create a profit spread across all elements.

With the time saved with his Benchmark Estimating Software, Richard has found time to expand his horizons and is now starting a new project management company to check and estimate contracts for large engineering firms, individual property owners undergoing renovations, councils setting up dams and road projects and other similar markets.

“My service will include estimating, contract rules, scope of works, quality inspections and testing inspections to ensure there are no surprises for the client during the quoting phase and at project completion.”

Richard sees Benchmark Estimating Software as value for money, especially for busy contractors who want to stay ahead of the market.

If you’re a solo operator looking for a competitive advantage, consider Benchmark Estimating Software for your own business. We invite you to contact us today to discuss the options.