On the 19th November 2014, Structural Systems Group and ROCK Australia became one unified company, SRG Limited. As this case study is from February 2013, it refers to ROCK Australia as company name. 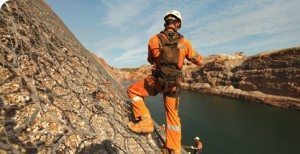 Thinking outside the box

The projects that ROCK Australia do are a bit different to your every day civil projects. Being a mining company they deal with some pretty big machinery, to say the least! Their staff can be seen abseiling down the face of mines and have been known to have to scuba dive for a site inspection.  Reagan Rumbold, a project manager with ROCK Australia, says that ‘the projects that we do are never as easy as you would think – there are lots of curly jobs!’

ROCK Australia has grown and become a greater presence in the mining industry in recent years. 6 years ago Rock Australia took on Benchmark to speed up their quoting and to eliminate the errors that they were experiencing with spreadsheets. The estimators at ROCK Australia use Benchmark to quote on some very interesting and difficult projects meaning that they test the software on a regular basis. Reagan says that they have to think outside the box and ‘we have to take initiative and be innovative in how we approach our projects.’

ROCK Australia is a company that is full of smart people who are looking for the best way of doing things, including their quotations.They are a diverse group of people and many have started on the deck and worked their way to management, making sure that lots of experience and knowledge is kept in the company. It is by capturing this knowledge within Benchmark that has meant that it is shared and used, helping the company to grow.

Like many of our clients, ROCK Australia were using spreadsheets before advancing to Benchmark.  However, as many people have found a spreadsheet is constantly fraught with errors.  Reagan says that using Benchmark ‘gives us the confidence to know that we won’t miss anything.’

With 4 offices, over 200 staff and an extensive fleet of drilling rigs ROCK Australia are an original company who are using Benchmark Estimating Software in innovative ways. Reagan says that ‘there are many ways to do things and we’re always improving our estimating … I’ve previously spent days doing something that I can do with the click of a button with Benchmark.’

ROCK Australia has established a reputation for delivering superior solutions and services to the mining industry, with a focus on drilling & blasting, mine services and geotechnical services, ROCK Australia also offers cost-effective solutions for Civil projects. They work on mine sites all around Australia and they need a system that can keep up with the different elements and regions of their work. It is for this reason that they use Benchmark Estimating Software. Reagan says that ‘Benchmark is logical and extremely functional for our team.’’

The need for Accuracy 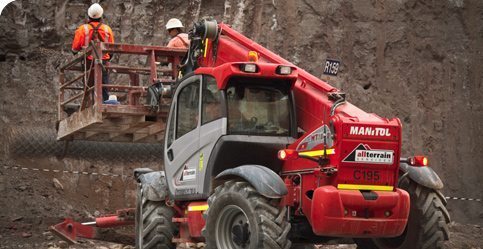 One of the most important things for the business of ROCK Australia is getting accurate estimates. Reagan says that ‘because the estimates we do are complex and comprehensive we need to ensure that we comply with all the requirements within the tender documents.’ It is for this reason that Benchmark Estimating software works so well for them. It is imperative that their estimates are right and they have found that with more accurate, consistent estimates their business goes from strength to strength.

As part of this growth and innovation ROCK Australia was winner of the ‘Contract Miner of the year’ and ‘Australian Mining Prospects Award’ in 2012. Also, recently ROCK Australia was awarded an additional 3 year contract for provisional radar slope monitoring services at a large Nickel mine in WA.

Read more about ROCK Australia on their web site.