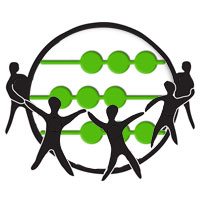 “We have now achieved a position of universality. No matter whether you are a small, medium or large organisation, private or public, whether you have a team of skilled estimators or project managers generating the estimates, Benchmark Estimating Software is your solution.”

In a highly competitive business environment it is rare that any company can claim that their product is ‘the only one’. But two major innovation awards in consecutive years have highlighted Benchmark Estimating Software as a critical element in assisting organisations to improve their business processes. It is the only estimating software that can be used by all businesses globally in any industry.

Rob MacDonald, Director and CEO of Benchmark Estimating Software, said the awards not only validated the company’s commitment to innovation and development, but also placed the spotlight firmly on Benchmark Estimating Software as the only software that can be used universally for all stages of estimating, from initial concept through to detailed design, all sizes of projects and all skill levels of estimators.

“Our software is used by thousands of estimators and project managers across the world, taken on by some of the largest government authorities including Highways England, by companies working in many countries, such as the Colas Group with operations in over 50 countries, and by high-tech companies such as the Airbus Group Australia Pacific,” Rob MacDonald said.

Users also include major organisations in the asphalt and telecommunications industries in Australia and New Zealand, such as Boral, Fulton Hogan, Downer and nbn™.

The focus of the business, however, has been to develop a product which can be used by companies of all sizes and, as such, become the only one of its kind in the global market.

With the capability to operate across 115 currencies, it is also available in 11 languages including English, Spanish, French and Polish, with more to come – features which no other estimating solution can provide.