As Jamie Whincup took the chequered 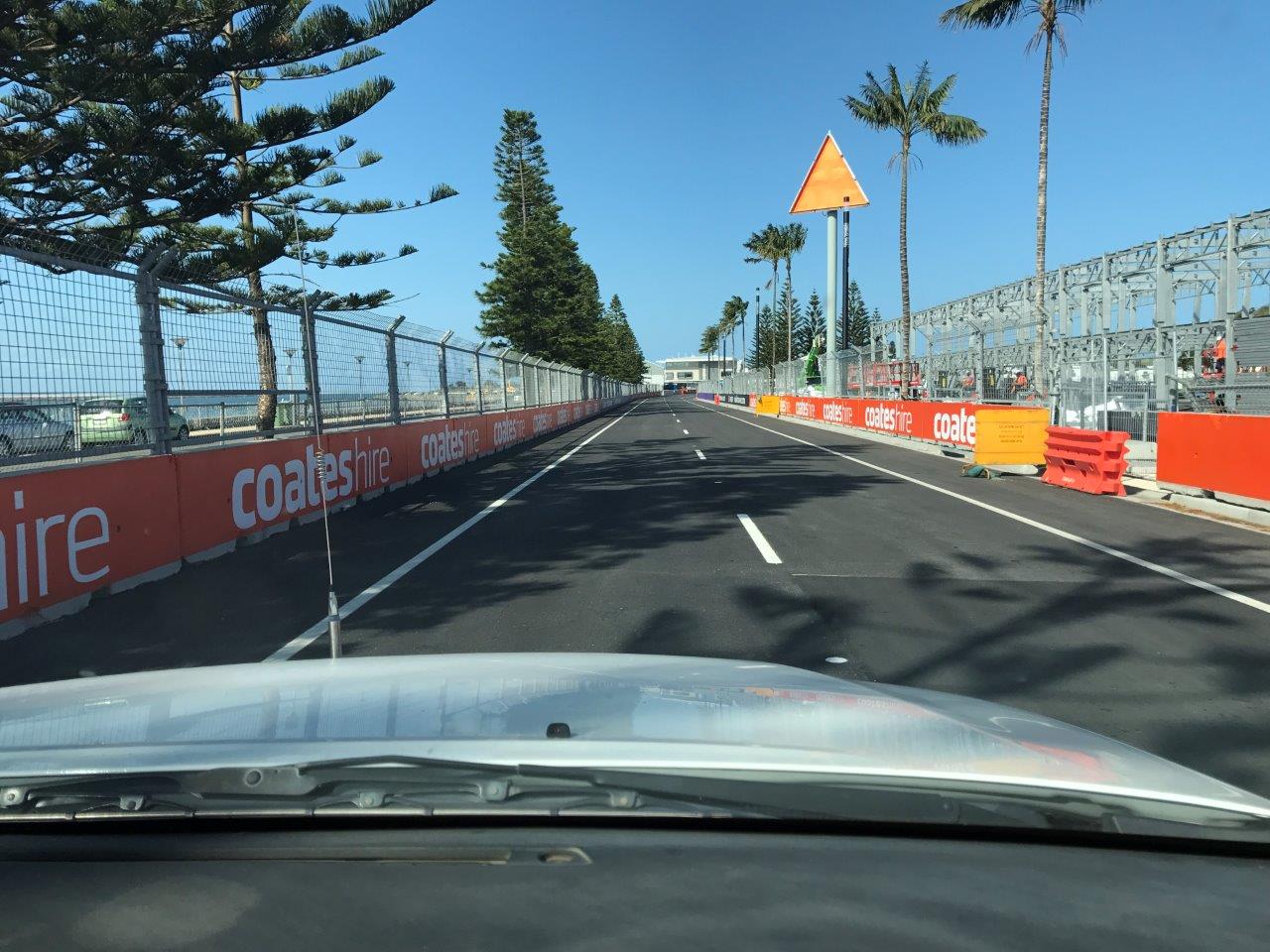 flag at the ‘Coates Hire Newcastle 500 round of the Virgin Australia Supercars Championship’ on a super summer Sunday afternoon in November 2017 to claim a record 7th championship, the team at Gleeson Civil Engineering were quietly congratulating themselves on their part in making the event an amazing success.

When the Supercars organisation announced the move of the season-ending race from Sydney Olympic Park to Newcastle, it heralded an exciting new era for motor sport, as well as numerous challenges and opportunities to ‘make it happen.’

Most importantly, Newcastle City Council needed to build a circuit and all the associated infrastructure to cater for these high-powered machines, their teams, support crews, sponsors and of course, the fans.

The 2.6 km circuit would go through the Newcastle CBD and along the recently rejuvenated foreshore precinct, a route which involved renewal works and widening of roads and associated works.

With an impressive history of successfully completing projects across the Hunter and beyond, Newcastle-based GCE was responsible for the civil works associated with the construction of the pits, main straight and starting grid. These works included traffic and pedestrian management, clearing, earthworks, subsoil drainage, stormwater pits and drainage, kerbs, footpaths, concrete structures, electrical, communications and hydraulic service relocation/upgrade, handling and disposal of contaminated soils, pavements, line marking and landscaping.

Before the works commenced, GCE had challenges to overcome through the bidding and project management process, and Benchmark was instrumental in the success of the outcome.

“There were multiple revisions to pricing and Benchmark enabled us to duplicate the project and maintain the traceability of revisions,” Managing Director Tim Gleeson explained.

The Inactive Items and Inactive Resources feature was utilised to remove Items from pricing whilst maintaining Resources and calculations if needed again in future pricing revisions.  Changes to quantities were simple to make in Benchmark, with Resources automatically adjusting for revised quantities.

“There was a tight time frame for preparation of pricing and submission of tender and the Benchmark features were invaluable in meeting the deadlines,” Tim said. “We utilised the Library and the Add Item from Previous Project feature to build up items for project.”

He also acknowledged the benefits of Benchmark throughout the construction process, reporting that “the Direct Cost by Item report was used in the management of the project to monitor job costing. This report provides the actual quantity of resources allowed for each item along with the production rate used to calculate these quantities. This information was invaluable for cost control on this project.”

With Tim assessing a saving of 50% of estimating time on this project through the use of Benchmark, it’s not surprising that he considers time savings in preparation of pricing as one of the major benefits of Benchmark, along with the ease with which revised pricing with varied quantities and scope can be produced.

Destination NSW, Newcastle City Council and Supercars have agreed to bring this fantastic event to Newcastle for many years to come, but with all the major civil and capital works completed in 2017 disruption for preparations in future years are predicted to be minimal.

So next time you’re watching Australian motor sport, give some thought to the amazing contractors (and estimating software) that is fuelling the success of these iconic events.

OK
Be the Benchmark | Enter your details and one of our product experts will be in touch!
Scroll to top