Benchmark Estimating Software would like to share another success story of an estimating model we introduced for a large government organisation. Due to communication restrictions we regret that we cannot reveal the client’s identity or individual names.

A large government organisation has been using Benchmark Estimating Software for many years and as a long-term user with evolving and changing requirements is an outstanding example of how our system can be adapted to suit large and ever-changing organisations.

As expected from a large organisation, which is spread across many regions with both external and internal clients, they were facing many challenges and as such had many specific requirements for an estimating system.

“We were using spreadsheets and all different types of formats, giving a lack of consistency as well as variations in many of the rates, and naming conventions across our organisation were inconsistent. We didn’t have a good grasp of the overall picture and we wanted a program for both internal and external use, as well as for other government departments,” a senior estimator in the organisation reflected.

The team at Benchmark Estimating Software worked with estimators from the organisation to create a parametric costing tool. This enabled estimates to be produced based on answers provided by members of the project teams. Estimating intelligence was built into the model so that the system produced a consistent and accurate early estimate.

“We have over one thousand projects per year and we needed consistent rates and systems across the organisation. We also wanted to use our project managers rather than specialist estimators so as to be able to produce more estimates,” he said.

Benchmark Estimating Software delivered a centralised system, which, among other benefits, has significantly reduced the number of different resources by applying consistent naming conventions. This enables all users of the system to find relevant resources.

“It’s important for us to have the ability to quickly duplicate a project, modify that project to suit the varying conditions, adjust production rates and carry out a review. We can then ask ‘what if’ questions and modify the estimate accordingly,” a senior estimator of the organisation explained.

The department has been subject to many changes over recent years and Benchmark Estimating Software has enabled their team to adapt their estimating procedures in accordance with these changes.

“We are looking at our estimators becoming more policy/governance-focussed and hence, we have introduced a concept estimating model. In line with this change, Benchmark Estimating Software has been rolled out and used by all project managers,” a manager advised.

Specific reports have been developed within Benchmark to suit the needs of our client, including in relation to work breakdown structures as well as submission prices.

“We had specific needs in our business and the team at Benchmark Estimating Software worked with us to develop and create reporting enabling more visibility into projects as well as to achieve better procurement strategies,” a manager said.

“We cannot believe the responses we get from the support team in Benchmark Estimating Software,” an estimator we were interviewing said, “even if it is not a specific problem or query with the system, they work with us.”

“If we want to see something specific to us or an enhancement in general, they pick it up, run with it and put it into the system. This is a unique attribute of Benchmark Estimating Software.

The web-based training has been especially useful for the organisation as estimators in regional areas can easily satisfy their training requirements online including both initial learning as well as refresher courses.”

Apart from achieving consistency and defined methodology across their organisation, our client is finding the software invaluable for informing business decisions. This capability has further expanded with the development and introduction of the concept estimating model.

“The software is suitable for all kinds of projects, is easy to navigate and provides us with the ability to drill down into estimates, as well as to modify them,” the interviewee said.

“When we utilise the software more, this should help our business decision-making process. Rather than relying on inconsistent information in different locations, we now have centralised data to base our analysis on.”

The model has further assisted in decision-making at the very early stages of projects. This allows decision-makers at all levels within the organisation, as well as the state government, to have accurate early stage valuations which then lead to a successful implementation of the works.

“The client will give us a project brief and we can quickly give them a concept estimate,” one of the Benchmark users said. “This is a major benefit from our use of the software.”
“We can then refine in more detail at a later stage. We are also working with Benchmark Estimating Software to assist our business in setting up procurement strategies to better handle material requirements.”

Heading in the Right Direction

The organisation has found that Benchmark Estimating Software looked at their business needs, was willing to respond to them and more than prepared to explore customising aspects for the different requirements of the organisation.

“Benchmark Estimating Software is a local company and open to changes as well as suggestions, compared with some companies where you just get the product and that’s it,” an estimator we interviewed said.

No matter how large or how small your business is, if you have one or multiple locations, or specific requirements, this organisation’s experience is proof that Benchmark Estimating Software can deliver.

We invite you to contact us today to discuss the options for your business. 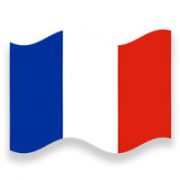 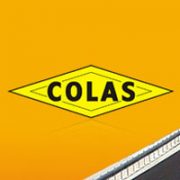 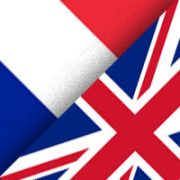 English and French software support around the clock 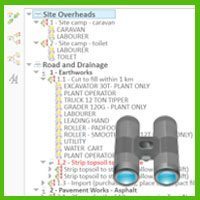 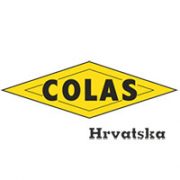